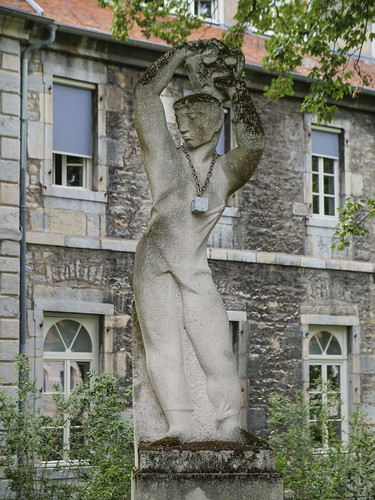 Project was realised during 50th anniversary of 1968 revolts. 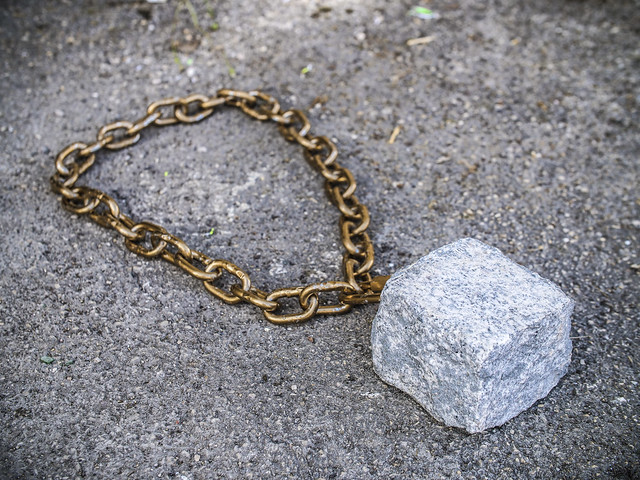 Intervention
I gave this necklace as a gift to “the father of anarchism” Pierre–Joseph Proudhon by climbing on his monumet in his birth city Besançon. 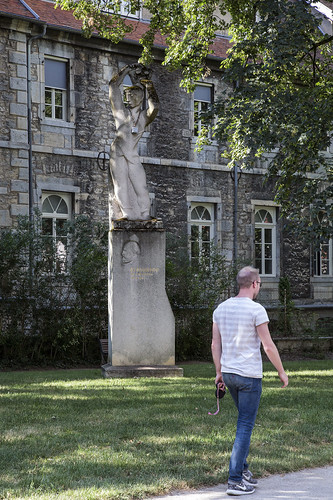 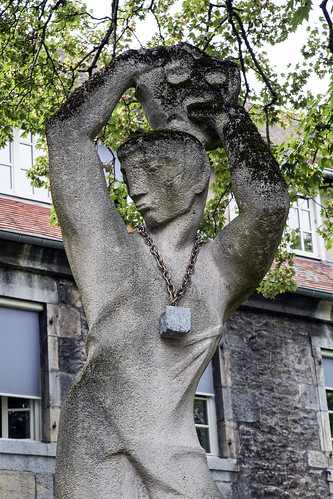 Fashion photo– shooting
I invited artists who were also part of Bien Urbain public art festival to pose with the necklace in a way they choose. Commodification of revolt and political art became complete by this act. 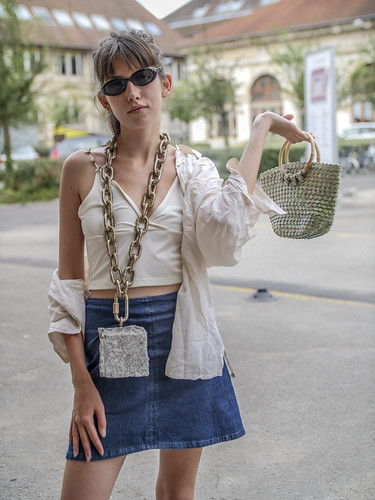 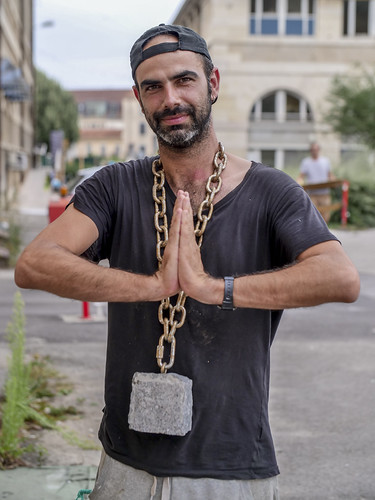 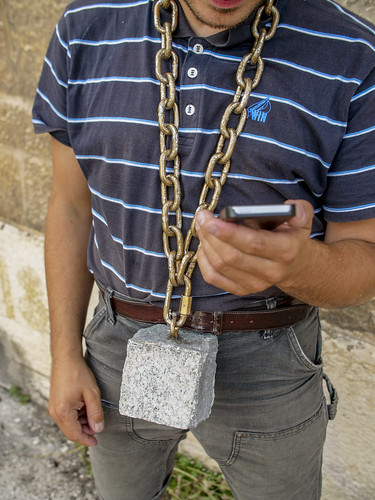 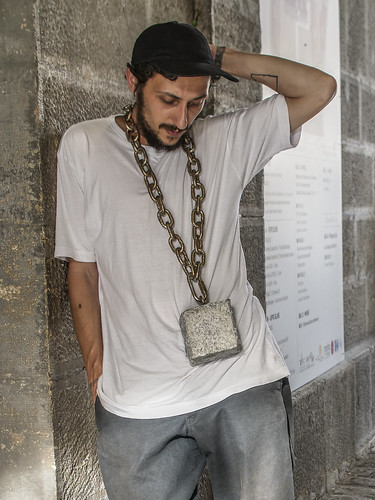 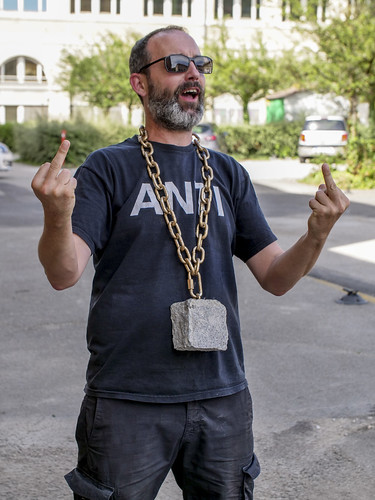 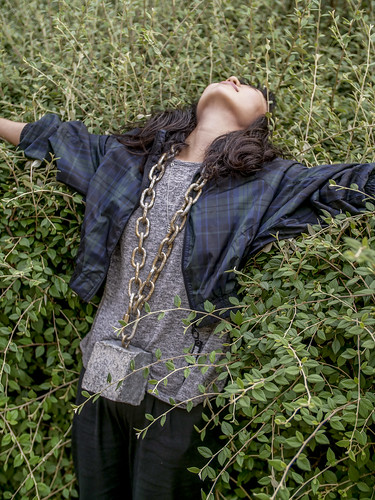 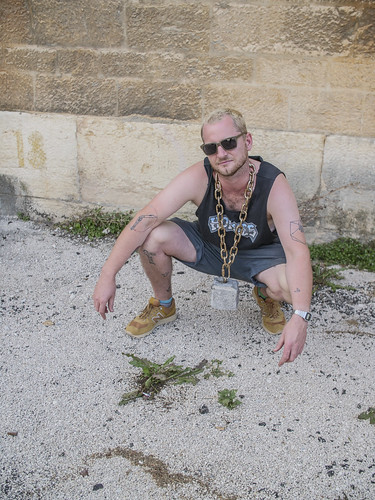 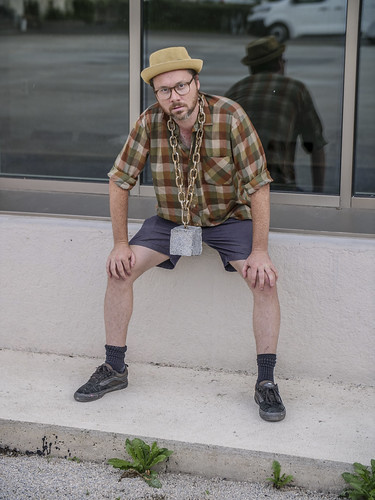