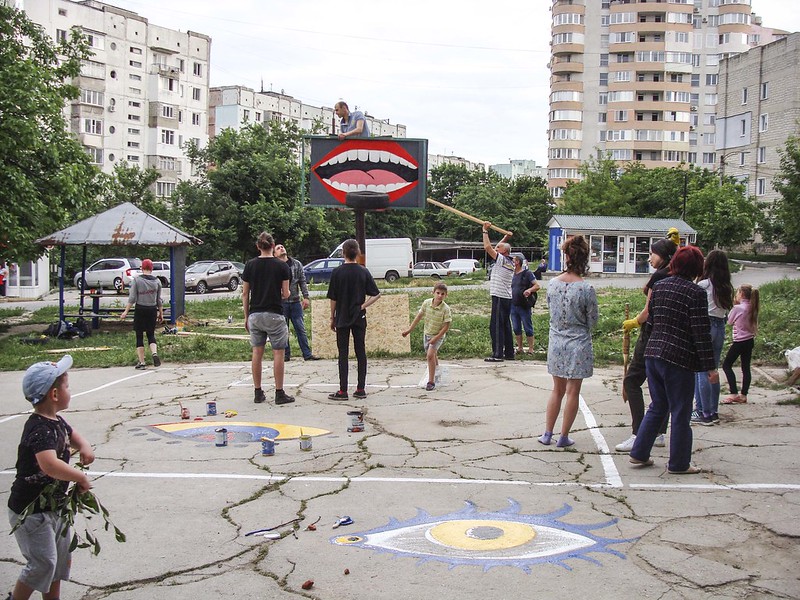 I was invited for two weeks residency at Public Space Days in Chisinau(Moldovia) where I participated at several events: movie screenings, lectures, workshops and interventions. This year’s edition included a series of exchanges between the inhabitants of both banks of the Dniester river, bringing together artists, cultural managers, researchers, journalists and other cultural operators from Chisinau, Bender, Tiraspol and other cities. My main event was participatory workshop at Ciocana district symbolized by abandoned buildings, dead brownfields and non- functional urbanism. 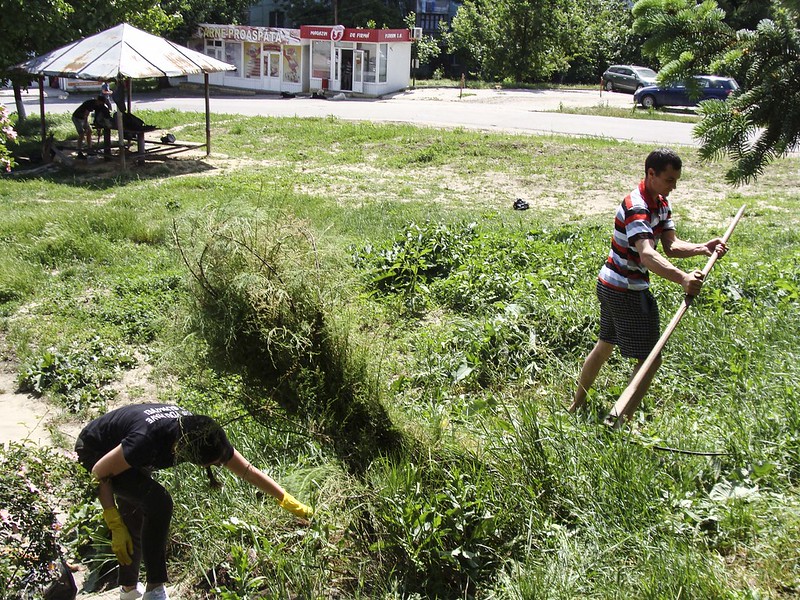 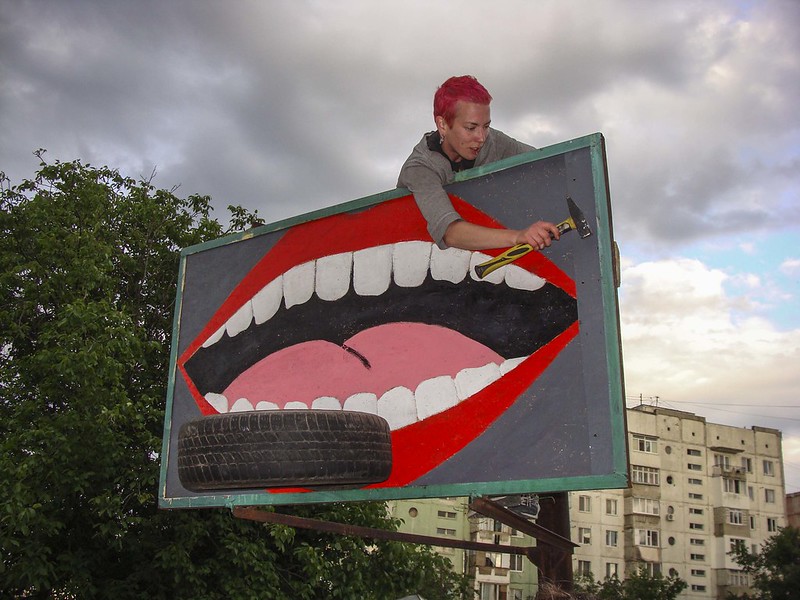 Workshop in Ciocana district(so called ghetto of Chisinau) was one of my best community project experiences concerning the interaction and activation with locals without any pressure. We started with urban research, taing notes, making interviews and doing sketches. We found a nice small unmaintained park with a playground and broken altan in between panel houses. 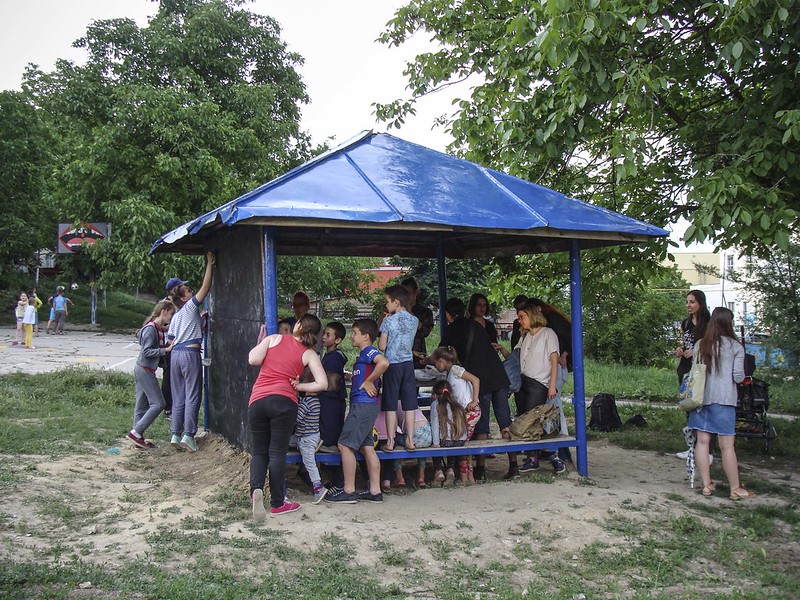 This place was abandoned since 90s and there was nobody using it. Encounters with locals ignited instant activity- we split up in smaller affinity groups and started to work. Local repair shops offered us with free material to upcycle. Curious passerbys joined us in four days hard work turning this abandoned playground into community space. We repaired the furniture, built basketball hoops,did some streetart with children,made an urban archeology „museum“ in renovated altan and we had picnics. Example of functioning bottom- up approach. 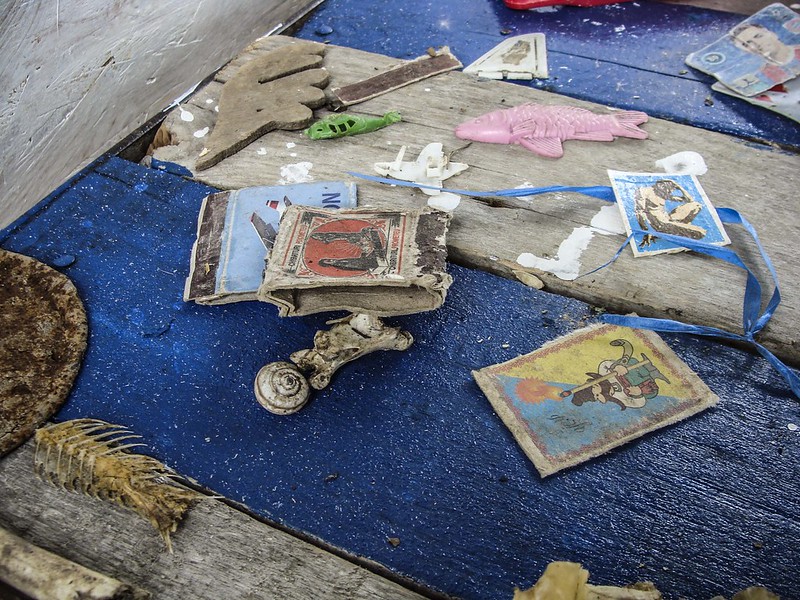 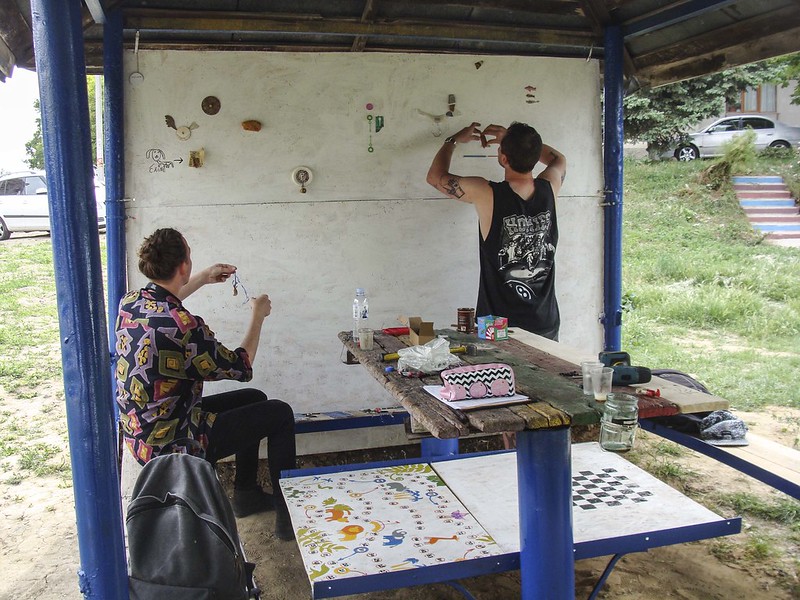 People started to use it naturally at the time we finished and started to be proud of them and their surroundings thanks to collages of local urban archeology. Local take care of this space till nowadays. 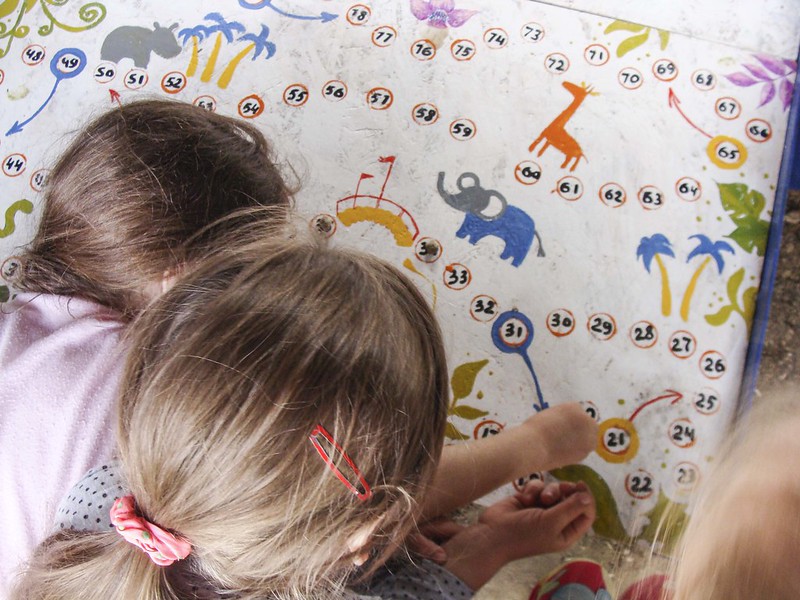 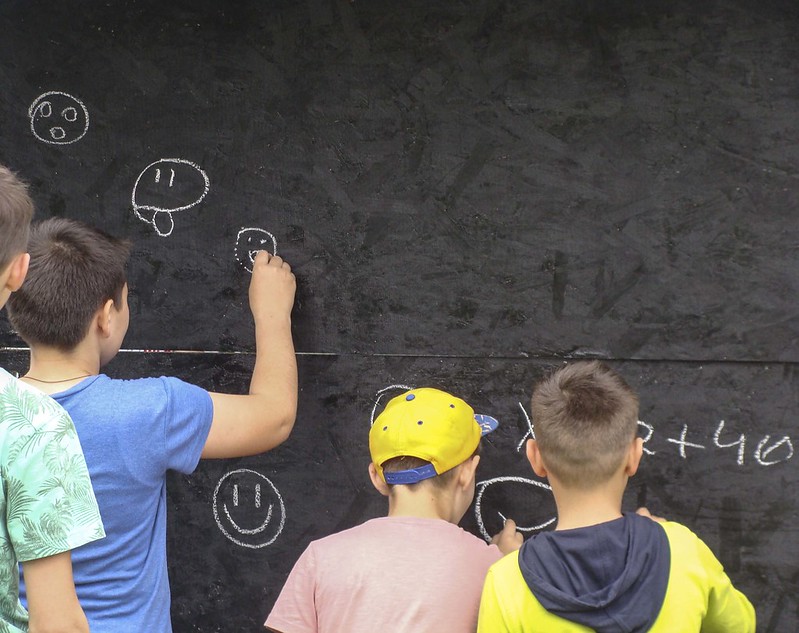 Other collectives started to use this piece of reconstructed public space as their field for another projects which makes me extremely happy. Few examples: 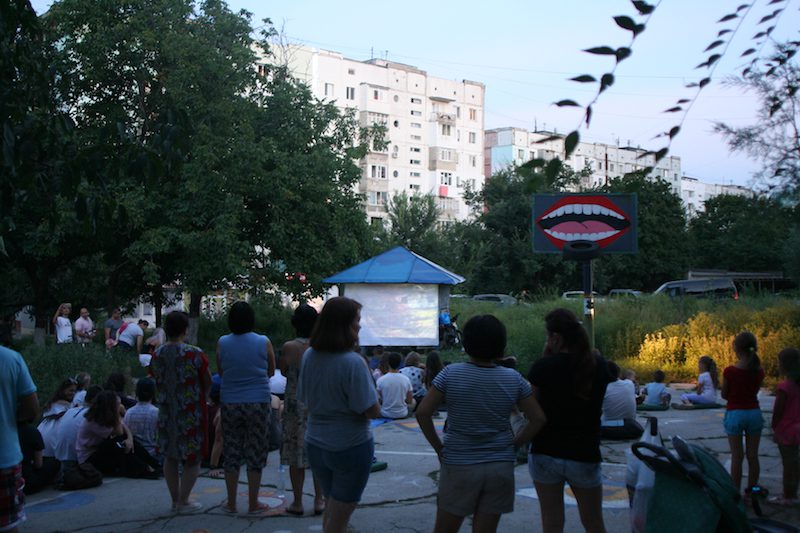 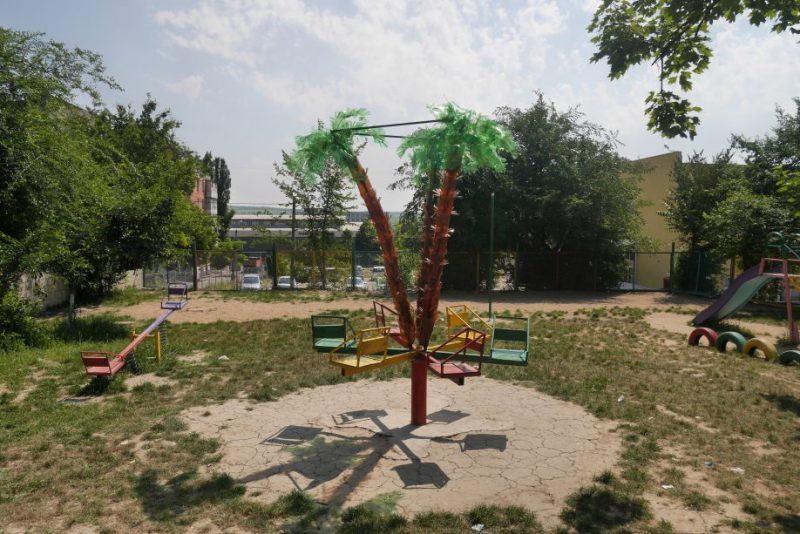 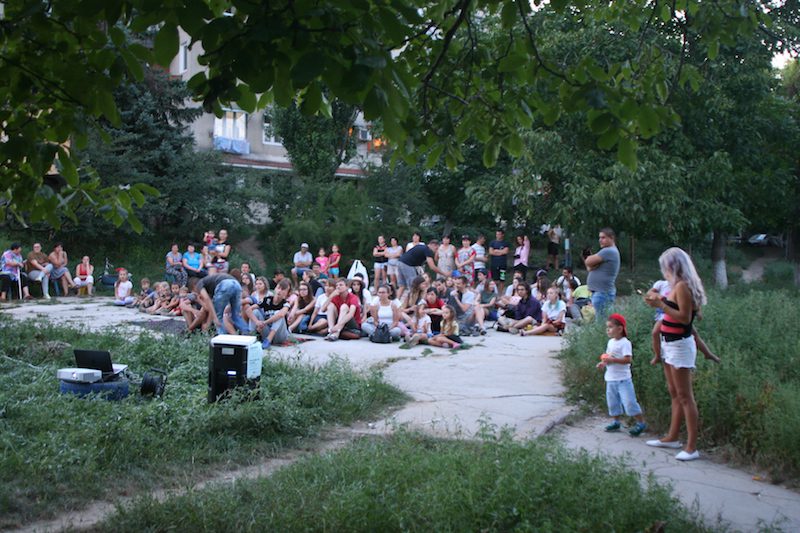