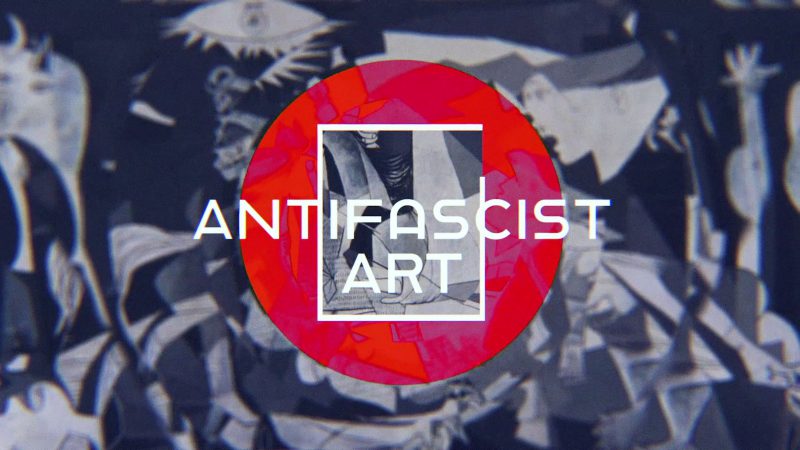 Antifascist Art is an audiovisual series authored by sculptor Pavel Karous and directed by audiovisual artist Vladimír Turner. It explores the question how artists can critically react to xenophobia, racism and nationalism.

The series starts with the thesis of sociologist Walter Benjamin published in his influential pre-war essay The Work of Art in the Age of Mechanical Reproduction: “Fascism attempts to organize the newly created proletarian masses without affecting the property structure which the masses strive to eliminate. Fascism sees its salvation in giving these masses not their right, but instead a chance to express themselves. The masses have a right to change property relations; Fascism seeks to give them an expression while preserving property. The logical result of Fascism is the introduction of aesthetics into political life.”

The fascist hold on power relies on the public, whose emotional expression it encourages and so allows it to play a role in the political theatre of the nation, but without the possibility of actually influencing anything. The answer to the aestheticization of politics is, according to Benjamin, the politicization of art. Many well-known Czech artists consciously politicized their work in opposition to the growing power of fascism, even if in their work they had previously been concerned with other topics. It is their works that Pavel Karous focuses on in the series.

The series Antifascist Art aims to answer the question: How can visual art today effectively counter xenophobia, racism and nationalism?

Full episodes can be seen on Youtube with English subtitles.