Nothing Left Behind 2018 Horní Jiřetín 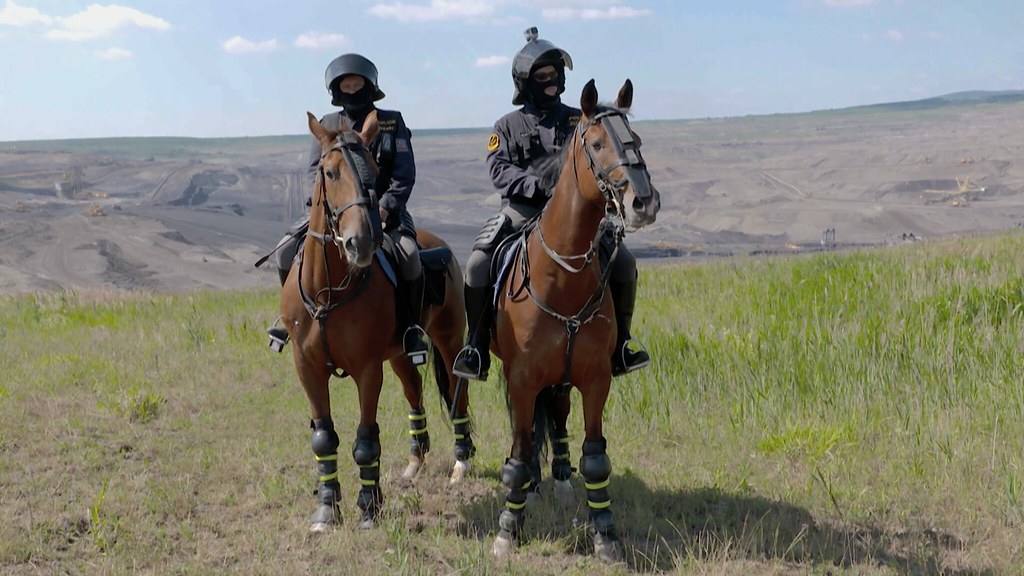 Video was made during first Czech Climatecamp

For several years, many governments and the media that support them have defined civil climate change activism and environmental conservation activities as leftist extremism or „ecoterrorism.“ The large-scale video installation by Vladimir Turner refers visually to the tradition of a horse portrait. This scene was captured during the first Czech Climate Camp, during which over 100 activists, who protested against the mindless exploitation of the environment, were arrested. The image of peaceful nature here is disturbed in a twofold manner, by the armed representatives of the repressive apparatus, guarding the progressive exploitation of the Earth, and the degraded landscape visible in the background. 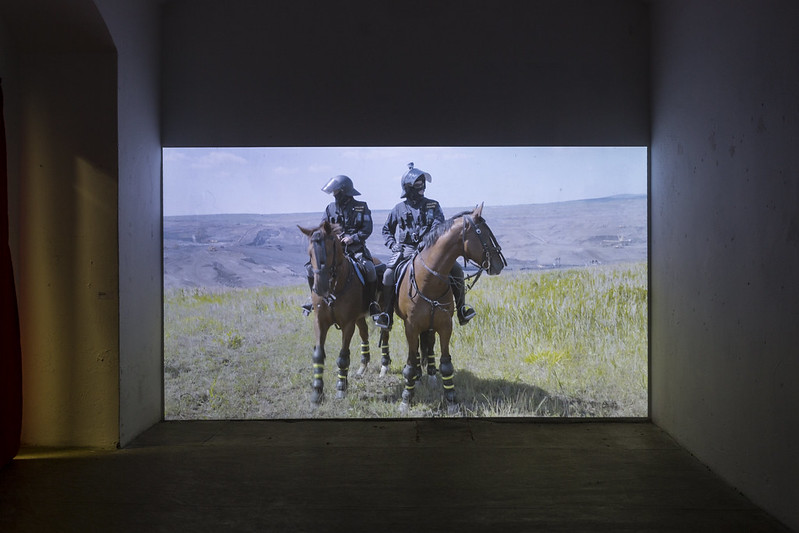