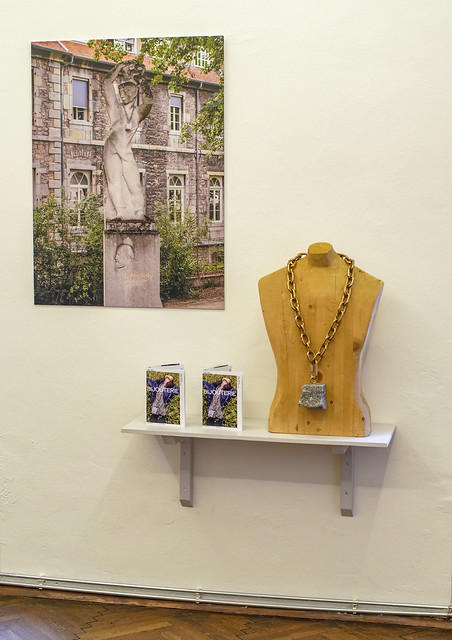 This necklace is a a gift to one of the “the fathers of anarchism”, Pierre–Joseph Proudhon. After manufacturing I placed it around the neck of a monument dedicated to him in his city of birth Besançon, France.   Then I invited artists who were like me part of the public art festival Bien Urbain to pose with this necklace in their own way. The commodification of revolt and also political art was completed by this act.  The project was realised on the occasion of the 50th anniversary of the 1968 revolts as a homage to the movements. 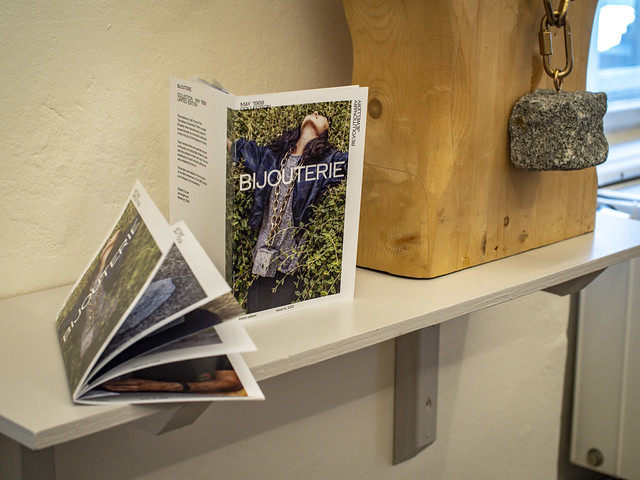 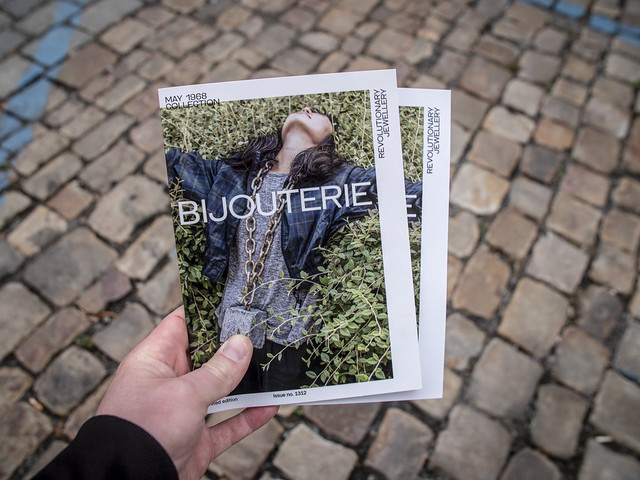 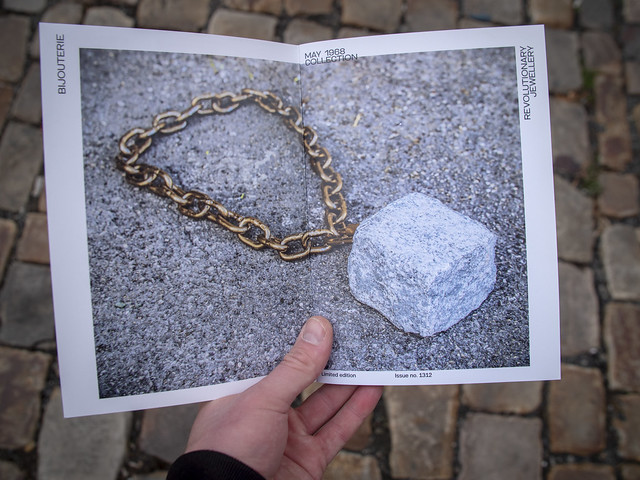 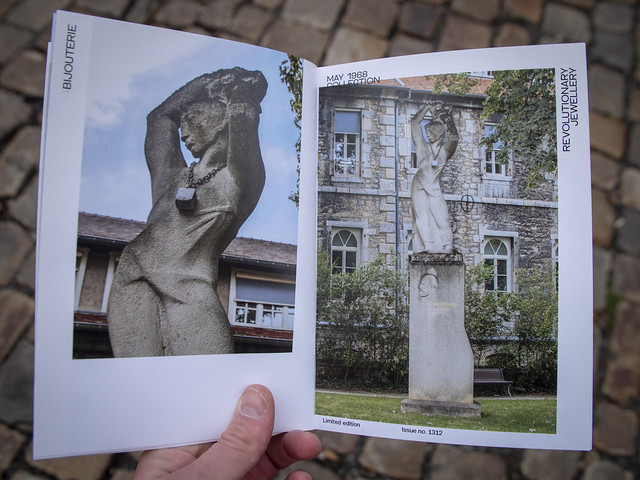 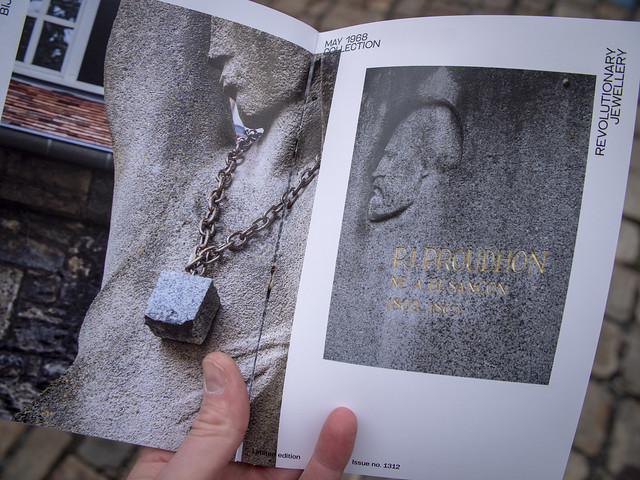 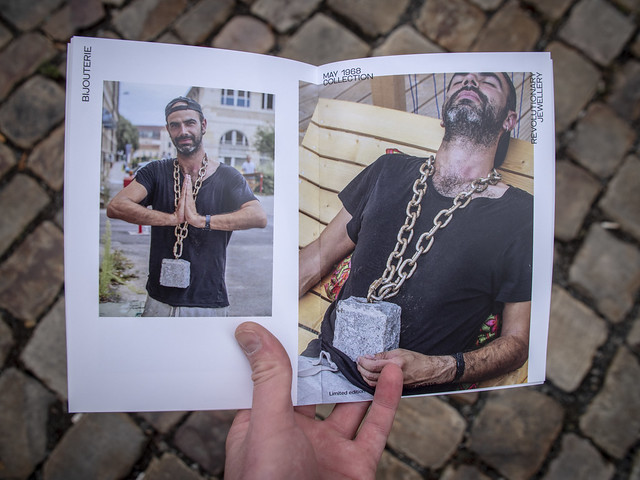 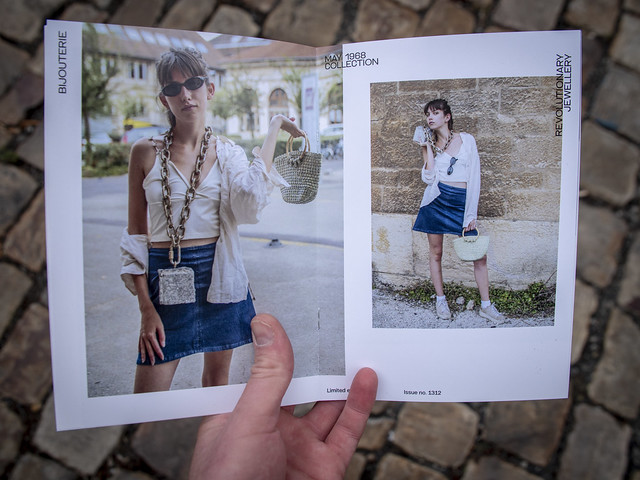 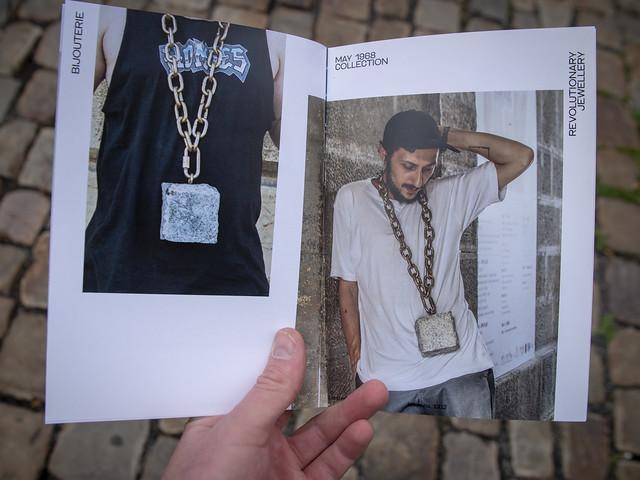 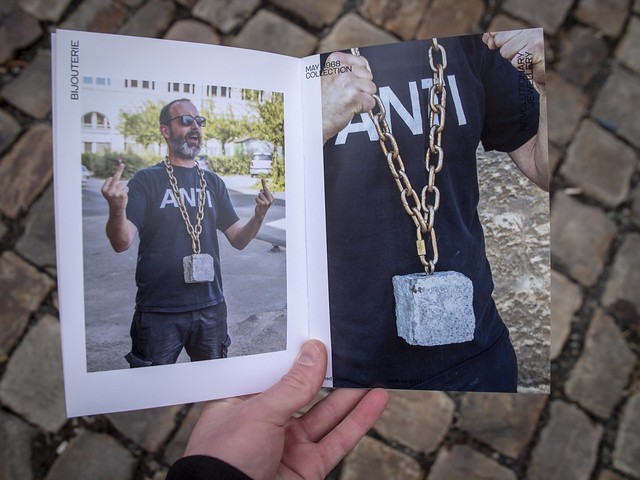 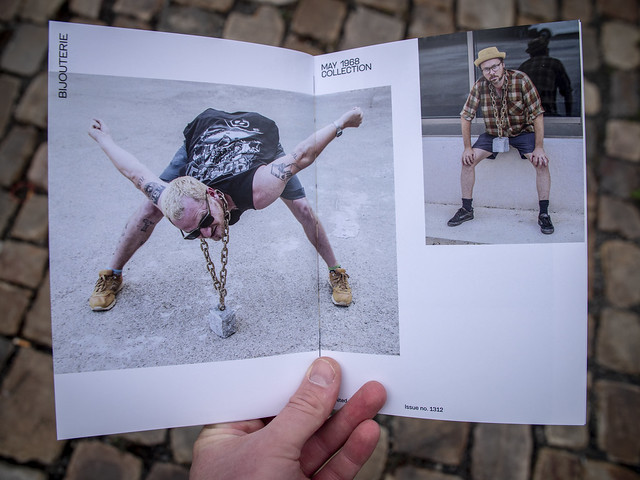 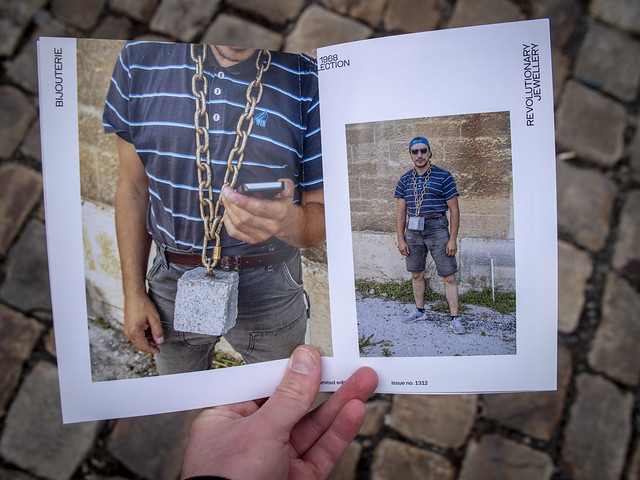 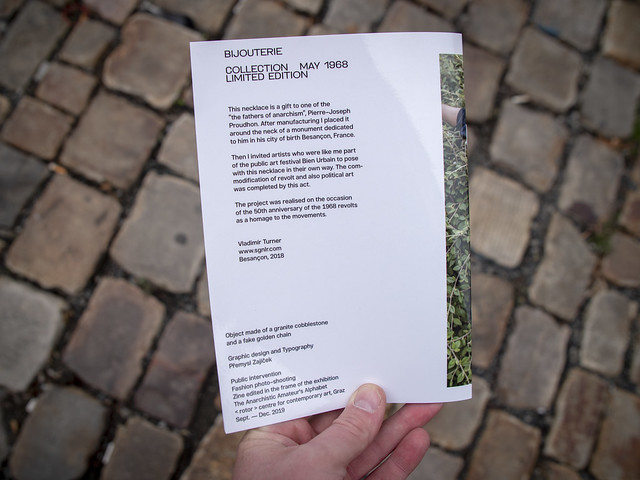