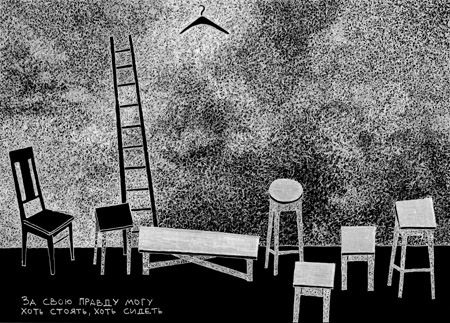 M for man: “The future occupant of a coffin that walks around for
a while and is allowed to do all sorts of silly things.”
This is just one of hundreds of definitions found in the Alphabet des anarchistischen Amateurs (The Anarchistic Amateur’s Alphabet).

Published by the Graz literary scholar Beatrix Müller-Kampel in 2007, the book is a collection of “aphorisms, statements, and observations” by Herbert Müller-Guttenbrunn (1887–1945). From 1923 to 1929 he lived in Thoneben, located in the municipality of Semriach north of Graz. During this period he first published his magazine

This exhibition project brings together his writings with works by contemporary artists. It gives an impetus for a contemporary examination of anarchism, which “through radically democratic principles ‘wished to establish’ a societal framework suitable

In the present time, when ideological narrow-mindedness, rising nationalism, and totalitarian tendencies are trying to take root again, this is more relevant than ever.