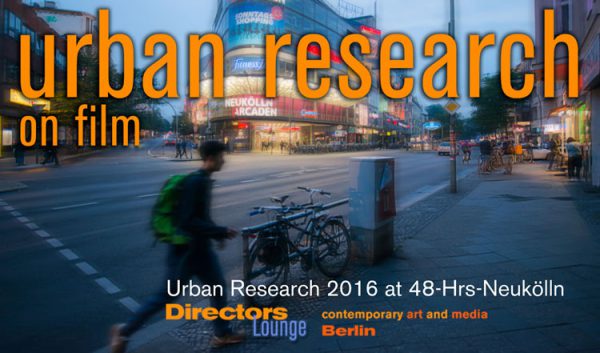 My movies are screened at 48Hrs- Neukolln festival this weekend. → more 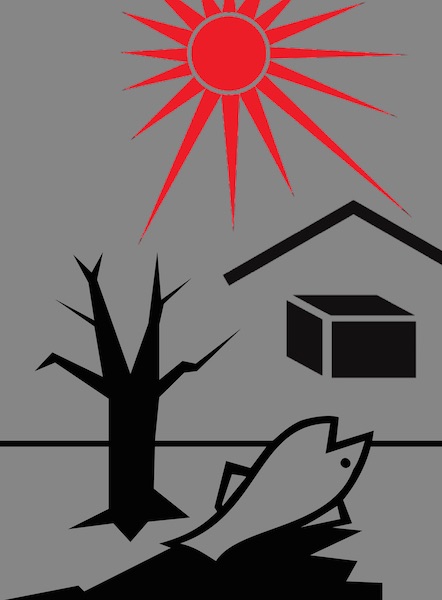 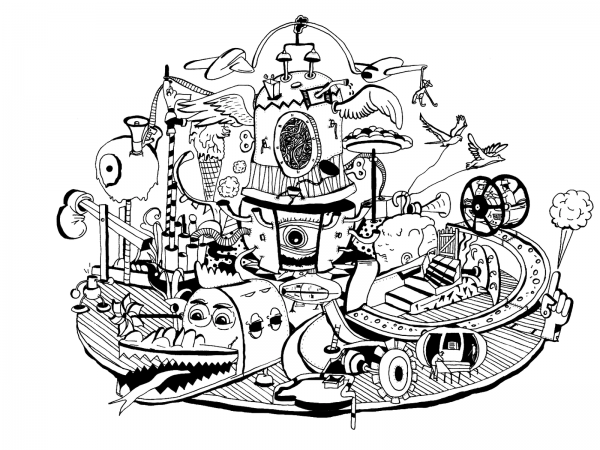 The international group exhibition “Planet B – 100 ideas for a new world” engages with the radical changes to our planet – and looks for a plan B, for the future we are all dreaming of. From 2. 6.  until 31. 8. 2016 . Me and French artist Mathieu Tremblin are going to be part of an experiment, where we stay inside of „Rocket B“ space inside of the exhibition (21. 6.– 4. 7.) and do workshops, happenings, actions etc. → more 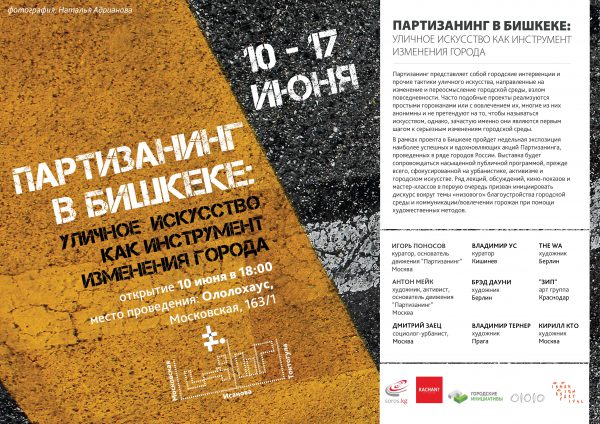 Igor Ponosov invited me to another Partizaning event. It is going to be in Bishkek, capital city of Kyrgyzstan republic. I will make lectures on grassroots initiatives versus commercial social/ urban projects. I will also manage a three day workshop. → more 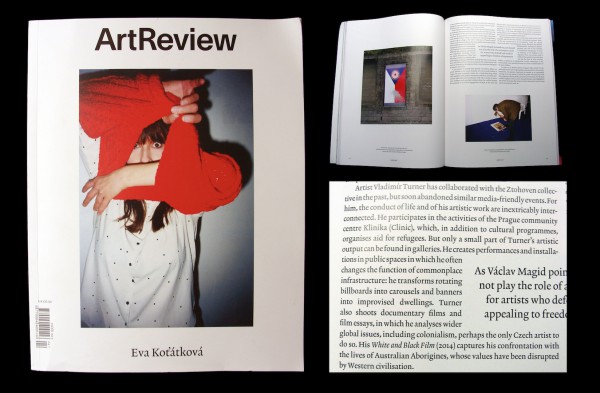 „How to act: art and activism in Czech Republic.“- article on Czech political art scene. Written by Tomas Pospiszyl and mentioning my works. Volume 68 number 3 2016. On page 61 online. → more 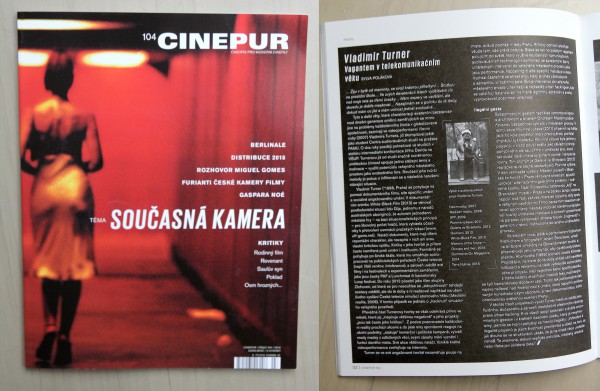 The Art Of Urban Inter-ference 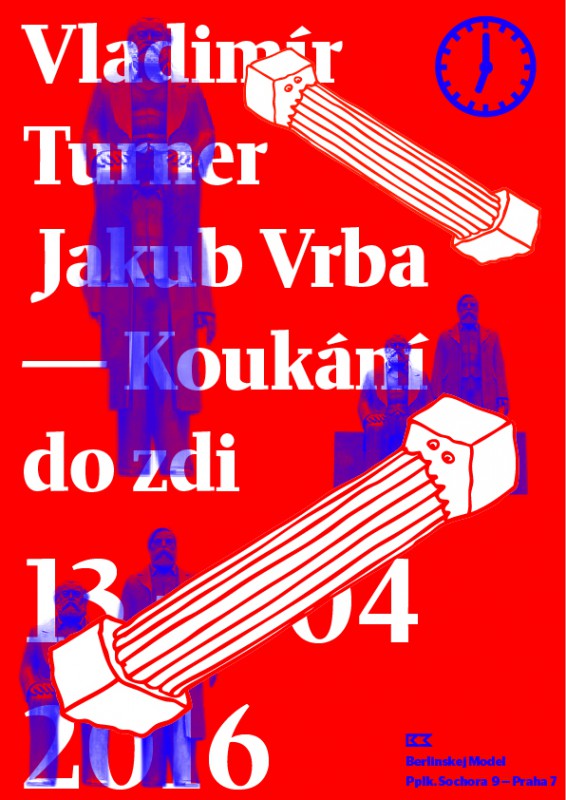 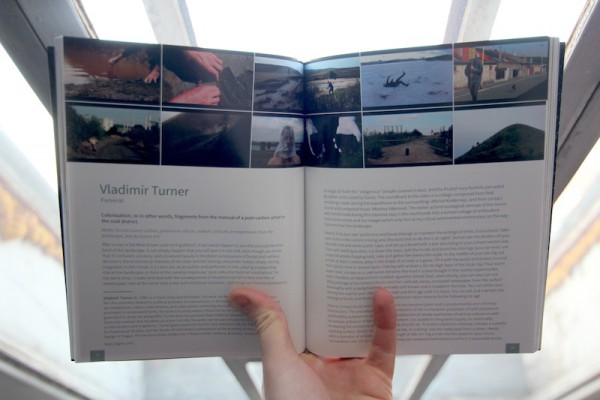 My work FUNERAL in Frontiers Of Solitude book. → more 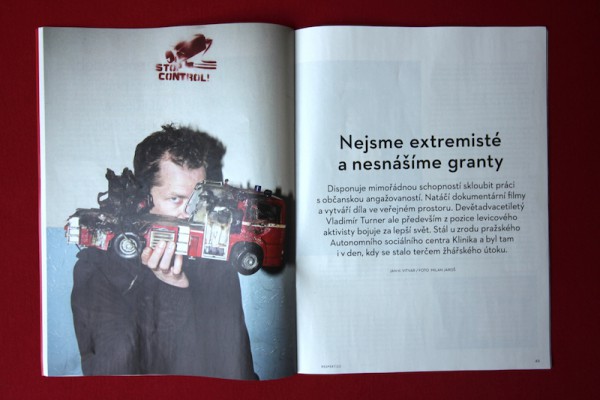 Funeral at Frontiers Of Solitude 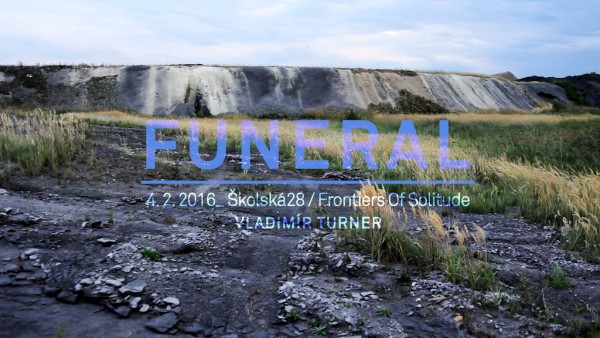 My film Funeral will be shown at Frontiers Of Solitude exhibition at Školská28 in Prague. Group exhibition starts on 4. 2. 2016. → more 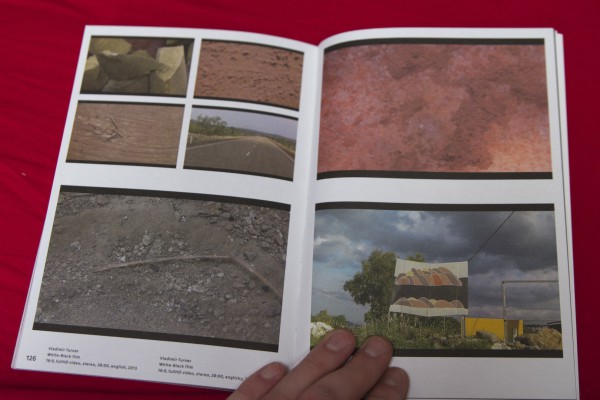 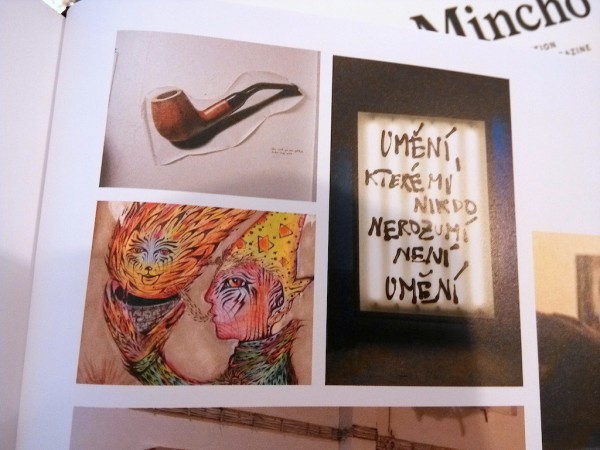 My work Memorial Of The Streets At Peace Square in Kukačka Ostrava 6 catalog. → more 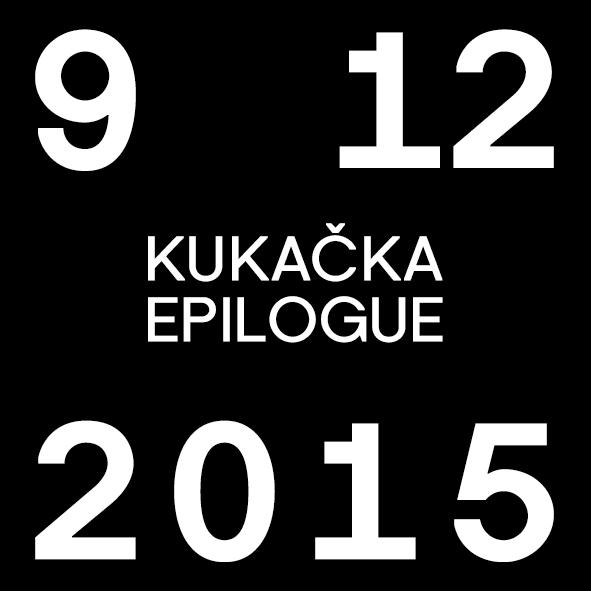 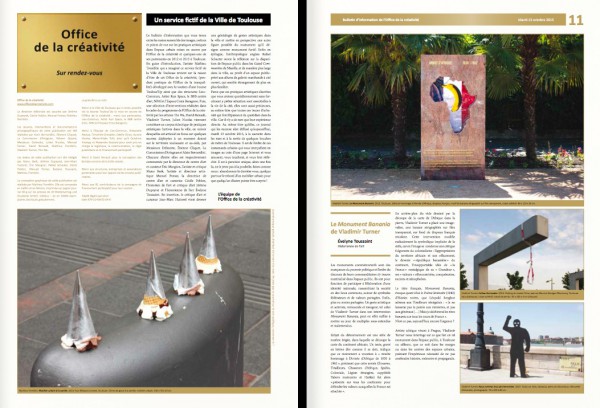 I will take part in PALS Festival of performance. → more 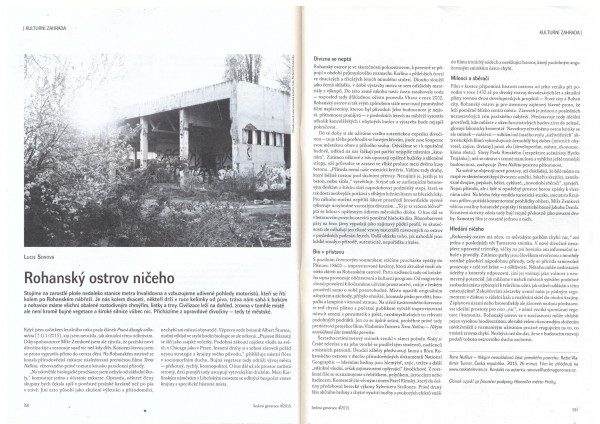 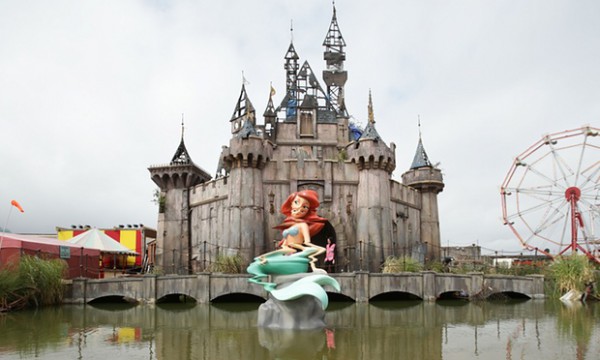 Our project Merry– Go– Round is a part of newest Banksy’s pop– up show Dismaland in Weston– super– Mare in England. → more 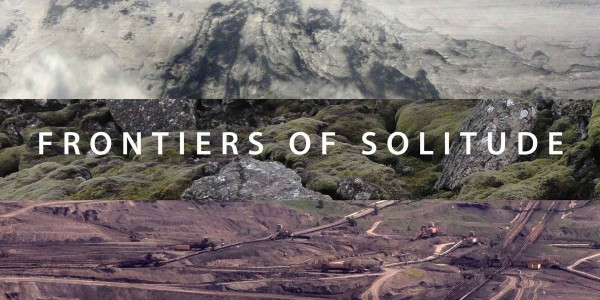 This project focuses on current transformations of the landscape and the close connections between our post-industrial civilization and nature. These themes are elaborated in terms of the cultural geography and morphology of three specific areas of central and northern Europe. The project includes residencies and workshops in selected areas of the Czech Republic, Iceland and Norway. → more

My installation of FLOW video at „Dům ztracených duší“ show as a part of Povaleč Festival.   → more

For the love of Czech Republic

Photography of Kaufland plastic bag full of garbage in the middle of forest. The sign „Z lásky k Česku“ means „For the love of Czech Republic“. → more 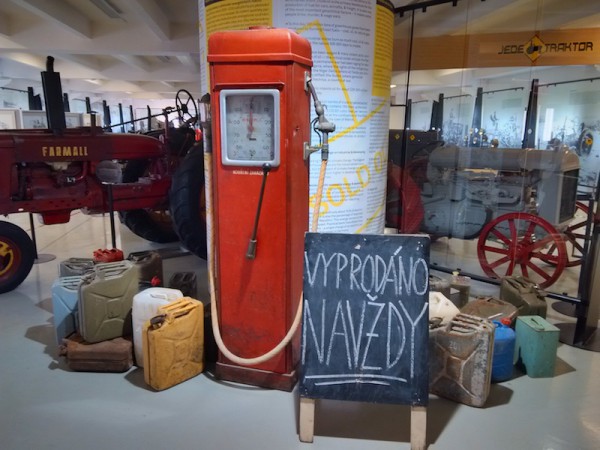 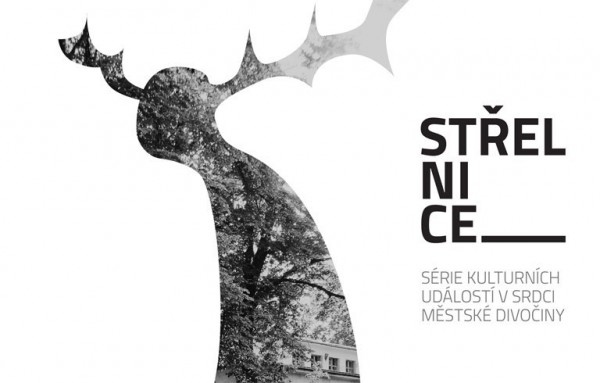 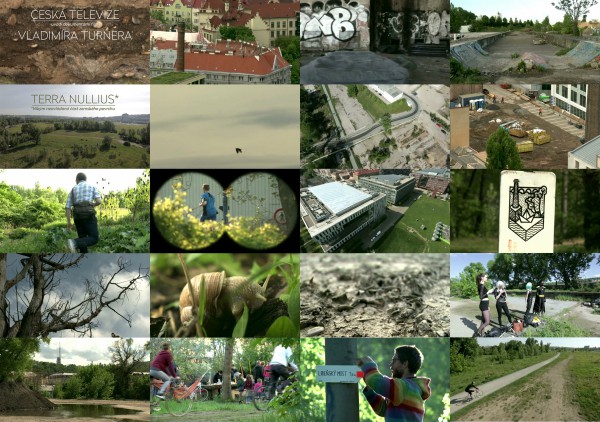 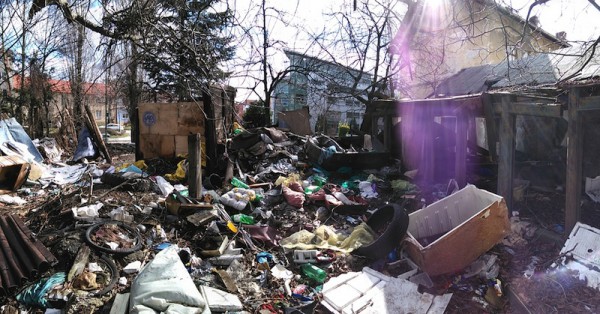 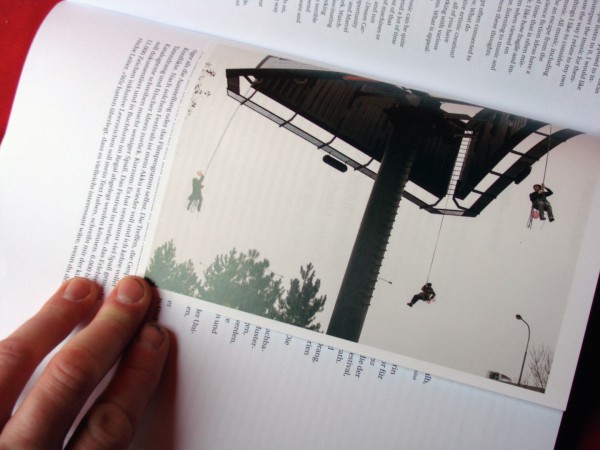 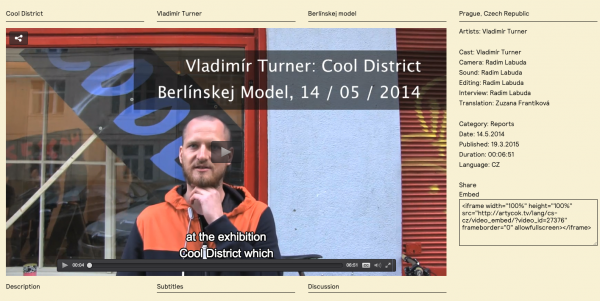 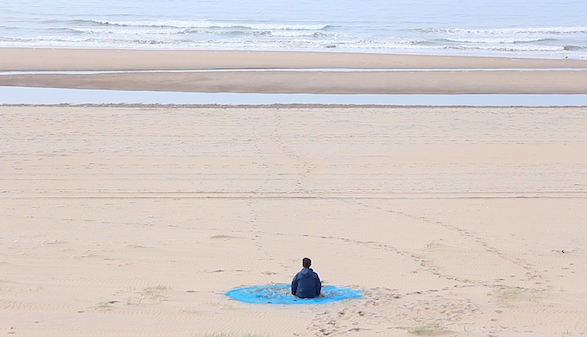 My latest videoperformance— film. Made during my stay in Rotterdam → more 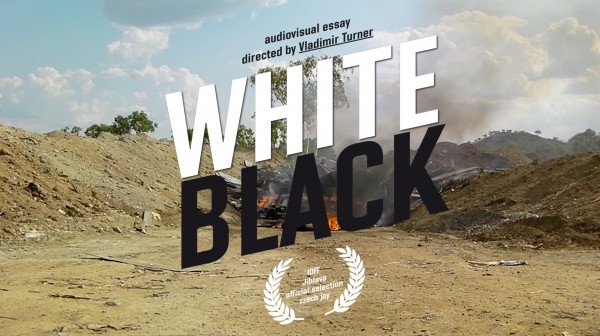 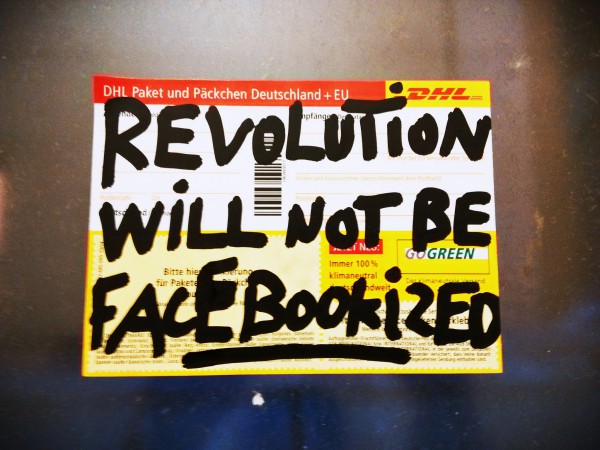 Welcome to my new website. It has been allmost two years since I refreshed it so enjoy my portfolio at its finest! → more 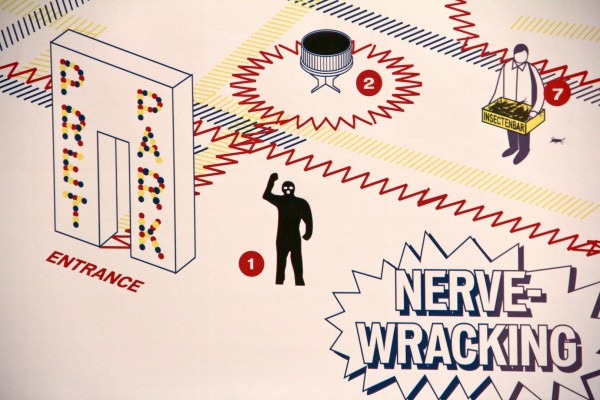 Documentation of my solo show Cool District Het Wilde Weten, Rotterdam 2014 photo- documentation teaser info „Cool District“ is a name of hip neigborhood in Rotterdam. My show is a result of 6 week residency in Het Wilde Weten. The works shown can be seen as an diary of my everyday walks in the city. Show was divided in two parts: video projection and 3D assamblage of found and stolen objects from the street. Movie part was a projection of 18 minutes video called IV COMMENTS ON URBANISM in which I aimed to express my thoughts on four main topics of nowadays metropolis: I.Classification II. Gentrification IV. Restriction IV. Pollution. These videos can be seen as personal statements on temporary socio-political situation in urban landscape. Working with videoperformance, public intervention and videoart language. Second part is composed of installations, objects and photography. Documentation of my work in progress in studio and leftovers of unused materials were left in place so anybody can see the process of my work. I worked strictly with materials found or stolen in the sreets. This concept of recyclation and détornement of objects is in itself an artist manifesto(remixing pieces of political propaganda, public advertisement or natural materials). Shown works: Student Demonstration(Crazy/Sexy/Cool), Street Samples #1(Rotterdam collection spring 2014), Trip To Holand, Rotterdam Maps, IV Comments On Urbanism, Everything That I Could Fit On My Bike, You Don’t Wanna Know, Dolphins… → more