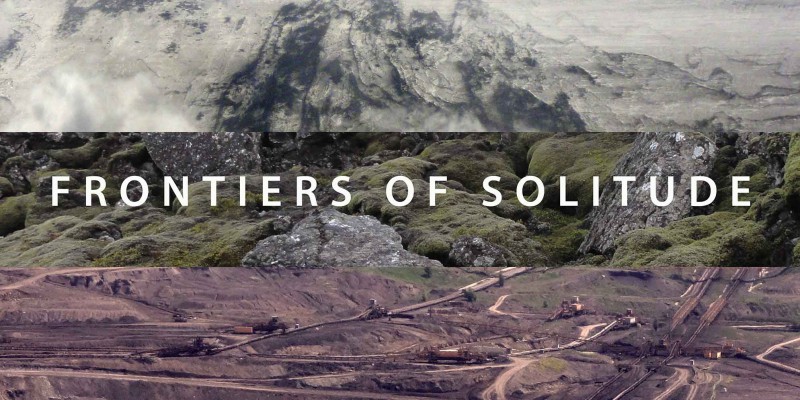 This project focuses on current transformations of the landscape and the close connections between our post-industrial civilization and nature. These themes are elaborated in terms of the cultural geography and morphology of three specific areas of central and northern Europe. The project includes residencies and workshops in selected areas of the Czech Republic, Iceland and Norway.

The aim of these activities is to foster collaboration and an exchange of experiences between individual artists, researchers and initiatives, and to explore and interpret recent and long-term transformations of the landscape, described as follows:

Current changes in the industrialized landscape around the city of Most (northern Bohemia), especially the loss of historical continuity, transfers of geological layers and social structures, transition towards the post-carbon economy and a current discussion on the abolition of territorial limits which potentially may lead to further degradation and exploitation of the landscape by extensive open pit coal mining (Into the Abyss of Lignite Clouds, September 2015).

The outcomes of the project, in which artists from the Czech Republic, Norway and Iceland will participate, will be presented at the beginning of 2016 at an exhibition at the Školská 28 Gallery in Prague. Documentation, new art works, interpretations and the results of workshops will be presented. An exhibition catalog will include documentary videos and sound recordings, texts on contemporary art, ecology and the environmental sciences.
Participating artists: Finnur Arnar Arnarson, Karlotta Blöndal, Peter Cusack, Þórunn Eymundardóttir, Monika Fryčová, Elvar Már Kjartansson, Alena Kotzmannová, Vladimír Merta, Pavel Mrkus, Greg Pope, Kristín Rúnarsdóttir, Ivar Smedstad, Miloš Šejn, Vladimír Turner, Robert Vlasák, Diana Winklerová, Martin Zet (others still to be confirmed).

The project is a joint initiative of the Školská 28 Gallery (Deai/setkání), the Atelier Nord, and the Skaftfell Center for Visual Art, and is supported by grant from Iceland, Lichtenstein and Norway through the EEA Grants.