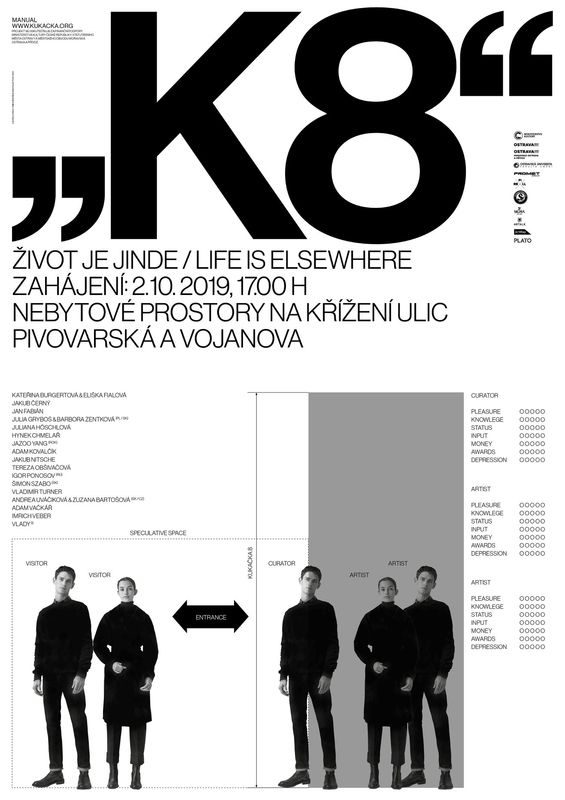 The 8th annual Public Space Art Festival entitled Kukačka has set its ground in the space between revolution and escape and oscillates between two frontier approaches whose stimulus is inner discontent. In the first approach, disagreement transforms into a form of public gesture. The gesture, which is urgently political, since it stems from the desire to adjust the constellation of the outer world, so that it conforms to the image of its bearer. In the other approach, the world of actions is reduced to a narrow space of the alternative world. If the person cannot or does not want to actively participate in the functioning of the outer world, he/she creates his/her own world, which can be both a continuation of the “childhood fence” and an autonomous piece of art, building its own rules and regulations, because the real world is too disturbing. In terms of its content, the Festival follows the space between the revolutionary and Kundera’s “lyricist,” for whom the formless world becomes arranged, regular, clear, and beautiful, grasped into the rhythm and rhyme of poetry at once. First of all, however, this year would like to accentuate the well-known and, at the same time, persistent feeling that something always slips through our fingers. Life is Different Elsewhere.