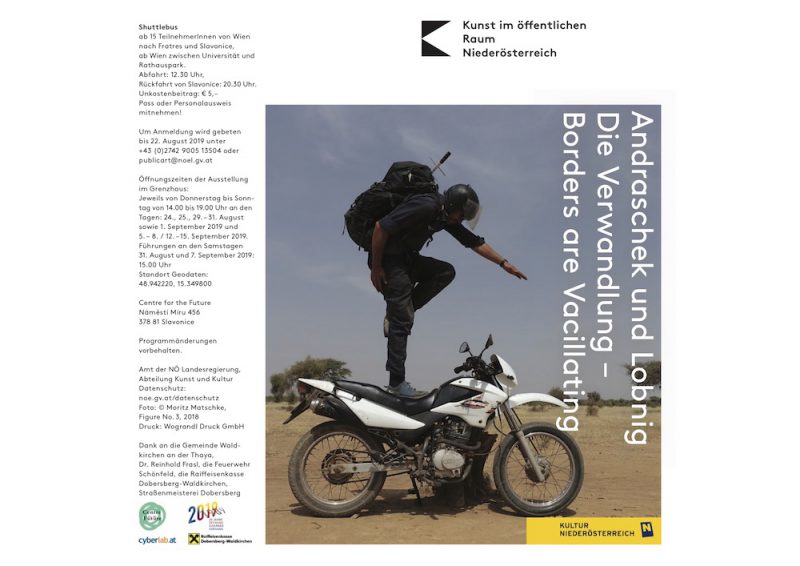 The project „Die Verwandlung – Borders are Vacillating“ by Iris Andraschek and Hubert Lobnig inquires into the transformation of borders, the fall of the Iron Curtain, the demolition of borders, the Schengen Agreement and years of flight around 2015. Artists develop site-specific works shown on the existing displays and in the former boder control strip in the outer area. In addition, the artists have the former, now privatized border house available for one month. Some of my older films will be shown during the film programm at 17:30 – 19:00 in the Centre for the Future in Slavonice.
The opening of the project will start at 15:00 at the Austrian border side, 5 Minutes away from Slavonice.